In teddy bears, toy cars and board games lie India’s next step towards self-reliance. Here’s how the industry is realising it.

Ever seen a fight of spinning tops? It is a battle to become the last one standing, as each spinning top hits against the others, reducing their inertia. Finally, the one top that holds its ground emerges victorious.

That is exactly what India is trying to do in the global toy industry. It is trying to hold its ground and earn a name as a toy manufacturing hub. And, the efforts are slowly but steadily bearing fruits towards an ‘Aatmanirbhar Bharat’.

According to IMARC Group, the Indian toys market reached a value of $1.23 billion in 2020. The market is expected to grow at a CAGR of 12.2% during 2021-2026. However, a large piece of this pie is taken by China as 70% of India’s imported toys, reportedly come from the dragon country.

In order to turn things around, in February 2021, Prime Minister Narendra Modi inaugurated the country’s first toy fair, with over 1000 virtual stalls, webinars by State Governments, and knowledge sessions by experts, to boost the sector.

While addressing the fair, he pushed the ‘Vocal For Local Toys’ agenda and said, “Most Indian toys are built out of natural and eco-friendly materials. Can we make an effort to make minimal use of plastic in toys and use such material that can be recycled?”

Built on this idea, are several Indian toy start-ups that proudly boast the ‘Made in India’ tag on their products. One such company is Chennai-based Ariro Wooden Toys that was founded in 2020. Founder Vasanth Tamilselvan shares with ET NOW the roots of the company.

“In 2016, when my three-month-old daughter was diagnosed with a skin condition called atopic dermatitis because of plastic substances, we decided to stick to wooden toys only,” he says. Unable to find good quality wooden toys in India, Vasanth and his wife decided to make their own line of toys using Neem wood.

In a year, they have already crossed over 10,000 orders and are present in 35 portals. “We closed this financial year with revenue of Rs 2.5 crore,” he adds.

Mumbai-based Desi Toys, too, makes its products using wood, cloth or metal, which are more sustainable than plastic toys. “We don't sell a single plastic toy/game and we can truly call ourselves an 'Indian Inspired, India Made' brand,” says founder Swapna Wagh.

With niche offerings such as Gilli Danda, Lagori and Gulel, that remind one of the good old days, Desi Toys has already tied up with stores like Hamley’s, The Bombay Store, and The Bargain Book Store, to cater to the growing needs of its customers.

With the ‘Aatmanirbhar’ push, these players are excited about the upcoming prospects in the industry. While Ariro has been receiving several B2B enquiries from domestic and international markets, Desi Toys sees active participation from youngsters in events like ‘Toycathons’. “One can see a good positive vibe in the whole ecosystem revolving around the Indian toy industry,” says Wagh.

As the government continues to infuse confidence in the size of the market, big players are also betting on India. Recently, Swedish furniture major IKEA announced that the company is looking to scale up sourcing of toys from India. Speaking to ET NOW, Country Commercial Manager Kavitha Rao said, “The plan is to achieve 13% and above growth in the toys segment.”

Meanwhile, Aequs, touted as the Foxconn of the toy world, is also developing a 400-acre toy manufacturing cluster at Koppal in Karnataka, at an investment of $500 million. Reportedly, 300 acres will be a Special Economic Zone dedicated only for exports.

According to Chairman Aravind Melligeri, six marquee toy manufacturers and suppliers have already signed up for setting up factories in the cluster, which will generate over 25,000 direct jobs apart from the 100,000 indirect ones.

With such developments, as India’s toy industry finds its footing globally in the coming years, it is truly ‘Game on’!

Let customers speak for us 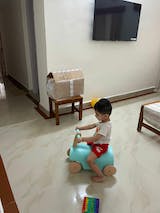 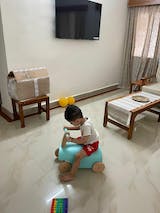